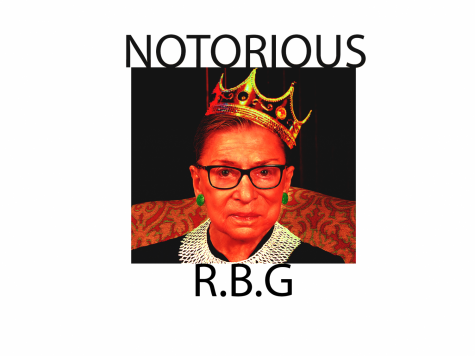 Notable lawyer, professor, advocate for equal rights and Associate Justice on the Supreme Court, Ruth Bader Ginsburg died on September 18th due to complications with pancreatic cancer. Known for her outspoken participation in oral arguments, Justice Ginsburg earned public attention for her critical dissents which she then publicised to emphasise the importance of the case(s). She became a progressive and feminist icon, gaining the name Notorious R.B.G from her supporters. Some of her fame stems from her leading role in the legal battle against gender-discrimination legislation and cases in the 1970s, arguing before the Supreme Court six times – of which she won 5.

Her first Supreme Court case (Frontiero v. Richardson – 411 US 677) was in 1972. It involved Sharron Frontiero and the inability of husbands with wives in the military to collect a dependent’s allowance; while wives in the same situation would automatically become dependents. She underpinned how the law was used to undermine both those of female and male sex. Ginsburg argued that such “… Sex classification do stigmatise when as in Goesaert against Cleary 235 U.S., they exclude women from an occupation thought more appropriate to men” and, most famously, “… The sex criterion stigmatises when … it assumes that all women are preoccupied with home and children and therefore should be spared the basic civic responsibility of serving on a jury”. Consequently, the Court ruled in Ginsburg favour, stating that the case indicated “dissimilar treatment for men and women who are similarly situated, violating the Due Process Clause and the equal protection requirements that clause implied.”

Ginsburg’s third case was in 1974 (Edwards v. Healy – 421 US 772), concerning the exemption of women from jury service unless they file a written declaration expressing desire to serve. She argued “that they are denied equal protection as any other well defined group would be by the total absence of their peers from the jury”. Ultimately, the court ruled that “Their [females] absence from jury panels is significant not because all women react alike, but because they contribute a distinctive medley of views influenced by differences in biology, cultural impact and life experience, indispensable if the jury is to comprise a cross-section of the community.”

In 1975, Ginsburg argued her fourth case (Weinberger v. Wiesenfeld – 420 US 636), in which she represented Stephen Wiesenfeld – whose wife (Paula Polatschek) had died during childbirth. Prior to her death, Polatschek was the couple’s main source of income. Wiesenfeld took care of their son, applying for social security benefits for him and his son in accordance with the Social Security Act. However, he was not allowed to receive them as – unlike in the situation in which the husband dies – when a mother dies, the benefits are only available to the children. Ginsburg said:

“A child in care benefit for survivors of a female insured worker is absolutely excluded even though as here the deceased mother was the family’s principle breadwinner. This absolute exclusion, based on gender per se, operates to the disadvantage of female workers, their surviving spouses and their children. It denies the female worker social insurance family coverage of the same quality as the coverage available under the account of a male worker.”

The Court announced that “this sex-based discrimination was unconstitutional because in violation of the equal protection component of the Due Process Clause of the Fifth Amendment.”

Her fifth case,(Califano v. Goldfarb – 430 US 199) in 1976, concerned Leon Goldfarb – a widower – who had applied for survivor’s benefits under the Social Security Act but had been denied on the basis that he hadn’t been receiving half his support from his wife, Hannah (something that isn’t required by widows). She appealed on Goldfarb’s behalf for the Supreme Court “establishing that under the equal protection principle, the women workers’ national social insurance is of no less value than is the social insurance of the working man.” Ultimately the Court decided “that the different treatment of men and women so mandated constituted invidious discrimination against female wage earners by affording them less protection for their surviving spouses than is provided to male employees.”

Ginsburg’s final case (Duren v. Missouri – 439 US 357) appealed for Billy Durren – who had been charged for first degree murder and robbery. She argued on their behalf that “practice of automatically exempting women from jury duty on request violate the Sixth and Fourteenth Amendment guarantees to a trial by a jury chosen from a fair cross section of the community”. Ginsburg specifically stated “the state is providing an ineludible message that the male citizens are counted by Government as the essential participants of the administration of justice but the female citizens are not so counted, this service is expendable.” The Court ultimately ruled in her favour, announcing that the jury selection process violated constitutional rights and resulted in underrepresentation of the female populace.

Ruth Bader Ginsburg diligently served on the Supreme Court till her last moments, fighting for the equal rights and representation of marginalised groups. Despite opposition and obstacles, her enforcement and interpretation of the law and constitution has changed not only American society, but served as an inspiration for equal right activists around the world.

In practical effect, laws of this quality help to keep women not on the pedestal but in a cage.

They reinforced not remedy, women’s inferior position in the labour force.

Mark Besson makes a tribute to the Notorious.