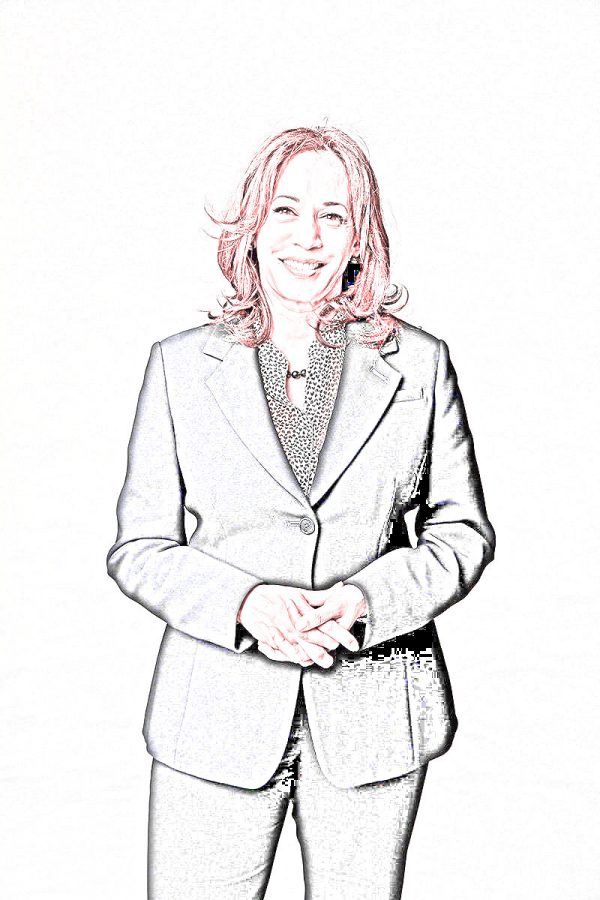 Kamala Devi Harris was born on October 20th 1964 in Oakland, California to Donald J. Harris and Shyamala Gopalan along with her younger sister Maya. Her mother had emigrated from India to attend the University of California, Berkeley before becoming a renowned breast-cancer researcher, and her father was born in Jamaica teaching as an economics professor at Stanford University. Harris’ mother ensured that she and her sister were able to maintain connections with their Indian and African heritage – raising them in accordance with Hindu beliefs and taking them to her home countries (India and Jamaica) every couple of years.

Having grown up in Oakland during the Civil Rights era, she grew up surrounded by activism and leaders and “learned the kind of character it requires to stand up to the powerful and resolved to spend her life advocating for those who could not defend themselves.” Her maternal grandfather (P.V. Gopalan) was a civil servant who inspired and impressed her with his progressive on democracy and women’s rights – having helped her mother migrate to the US to study science.

Following the divorce of her parents, Haris and her sister moved to Montreal, Canada with their mother where they attended the Westmount High School, Quebec. Upon their return to the US, Harris attended Howard University in Washington D.C where she received a bachelor of arts degree in political science and economics, before enrolling at the University of California, Hastings College of the Law and receiving her Juris Doctor in 1989. Alongside her admittance to the State Bar of California in 1990, this gave Harris the ability to practice law. She began her legal career as the deputy district attorney in Alameda County and then managing attorney of the Career Criminal Unit in the San Francisco District Attorney’s Office in 1998. In 2000, Harris was appointed as chief of the Community and Neighborhood Division, where she established the first Bureau of Children’s Justice.

In 2003, upon becoming San Francisco’s district attorney, she launched the Back on Track program that aimed to reduce the likelihood of previous convicts to re-offend by providing job training and educational programs to low-level offenders. In 2010, she was elected to the position of California attorney general, becoming the first African American and woman to hold the position. While in office, she partook in a case that resulted in a 20 million payout by the US’ largest financial institution for improper mortgage practice – 5 times her proposed figure.

In 2013, Harris refused to defend Proposition 8 (entitled eliminates rights of same-sex couples to marry. Initiative constitutional amendment) after it was deemed unconstitutional by a federal court, and effectively attacked it by officiated the first same-sex marriage in California since the inaction of Prop 8. Three years later, she became the second African American woman and first South Asian woman to hold a US Senate seat. Furthermore, Harris joined the chamber’s Homeland Security and Governmental Affairs Committee, Select Committee on Intelligence, Committee on the Judiciary and Committee on the Budget.

Last month marked a historic day for not only the US but also the world. The results of the 2020 American election announced Joe Biden and Kamala Harris as the new president-elect and vice-president-elect respectively. She will be the first Afro-American, first Indian-American, the second person of colour and the first woman to hold the position of vice president throughout the US’ existence of 233 years.